Hsiung Peng, receiving his MA from the Graduate Institute of Foreign Languages and Literatures, National Taiwan University, is currently an exhibition project coordinator at the National Center of Photography and Images. Exhibition projects he has coordinated include: Trans-Communication: From Osaka Shosen Kaisha to National Center of Photography and Images, Emerging Taiwanese Cultural Landscape and he is one of the exhibition planners of Crystalized Times: 2022 Centenary Memorial Exhibition of Photographers of Taiwan.

Tsai Min-ying receives her master’s degree at the Graduate Institute of Taiwan Literature, National Taiwan University. She is currently in charge of publishing and research projects and exhibition projects at the National Center of Photography and Images. Her editorial works include the Taiwanese Photographer: Lay Shiang, Ho Chin-tai, Chang Wu-chuan book series; meanwhile she is one of exhibition planners of Crystalized Times: 2022 Centenary Memorial Exhibition of Photographers of Taiwan. 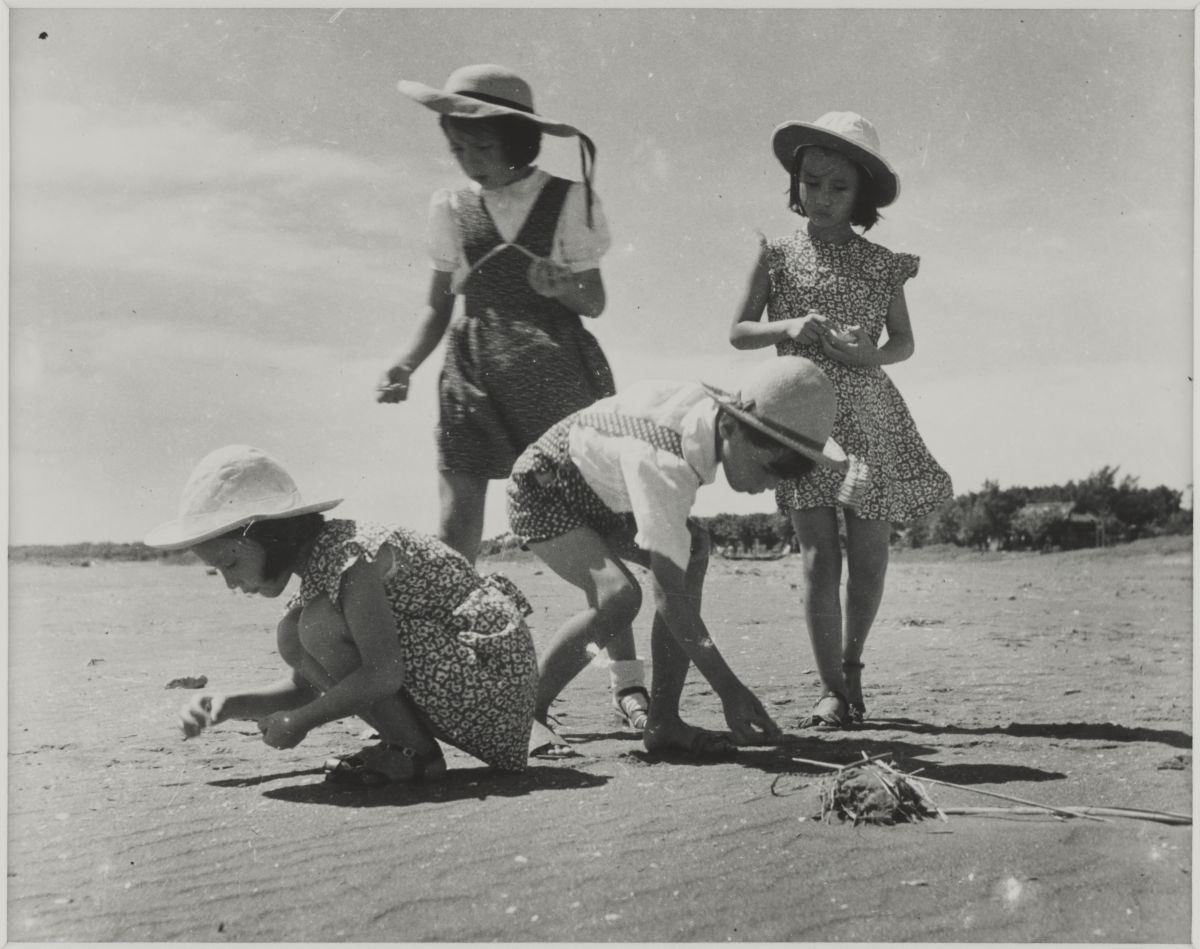 Lee Ming-tiao (1922-2013) was born in Daxi, Taoyuan. He worked as an apprentice at his uncle Liao Liang-fu’s Dashi Photo Studio when he was young. He then headed to Taipei to work at Fuji Photo Studio, where he sharpened his techniques in retouching negatives. In 1940, Lee moved to Guangzhou for improving his painting skills at the Lingnan Art Academy. During World War II, he joined the health department of Japanese military to help paint propaganda of epidemic precaution. After the war, Lee returned to Taiwan and opened the Chung-Mei Store of Photographic Supplies (later renamed as Chung-Mei Photographic Supplies) in Taipei. At the same time, he immersed himself in photographic creation. In 1948, Lee Ming-tiao participated in a photography competition held by Taiwan Shinsheng Daily, and won top prizes with photographers Chang Tsai and Deng Nan-guang. He then became known as one of the “Three Musketeers of Photography” in Taiwan along with the other two. In addition, Lee Ming-tiao also dedicated himself to participating in and promoting activities, monthly contests and photo exhibitions of the photographic societies, and founded the first post-war photography magazine Taiwan Camera Monthly.

Lee’s works mix the styles of realism and pictorialism: he often brought his Rollei­ex camera to Wulai and Tamsui and other suburbs of Taipei, to capture scenes of bridges, streets and lanes, as well as daily lives of playing children and people at work. In his photography, Lee not only carefully arranges the lighting and composition for each shot, but also adopts approaches of western paintings to capture female postures, and presented ordinary themes from a distinct perspective which is almost surreal. Lee Ming-tiao attended to the multiple aspects of Taiwanese society with insights full of enthusiasm, leaving a wealth of images portraying the lives of ordinary people in the past. His works also show his creative approaches emphasizing lights and shadows, the balance of composition, and the humor delivered by images.

Dennis K. Chin (1922-2014) was born in Harbin, China. He came across photography for the first time as a child of ten. Then, he followed his uncle Chin Yuan-hua to take pictures in many places, beginning his lifelong engagement with photography. In his early years, Chin worked in the Shanghai Bank. Amazed by the pictures he had taken, his colleagues encouraged him to sign up for the photography competition of The Young Compagnon. Appreciated by Long Chin-san, a jury member, Chin was awarded with a prize. This induced Chin’s firm decision to switch job and work as a photojournalist for ­The Young Compagnon, marking the start of his career in photography. Chin’s career was closely related to journalism. Aside from his military service in the Nineteenth Army as an information officer at the rank of major, he joined the Central News Agency as a photojournalist since 1945. In 1953, he became the first Taiwan-based representative of the Columbia Broadcasting System. Decades of career in photojournalism fostered his expertise in capturing key moments. Since the 1960s, Chin switched his career to the advertising business, founding Kuo-Hua Advertising, Grant Advertising, and joining Saatchi & Saatchi Advertising in the following years, becoming the first-generation advertisers in Taiwan.

After retirement from the advertising business, Chin’s passion for photography did not subside; on the contrary, he became keen on trying out different styles and subject matters. Having travelled in over thirty countries in the world, he used his camera to take in scenes of foreign cultures and landscapes. The corpus of pictures accumulated through his lifetime exceeds a hundred thousand. Inspired by his strong curiosity and energy, his friends in the circle of photography dubbed him as the “old gamin of photography” in his late years.

Chin’s photography deals with a variety of subject matters, ranging from photojournalism, pictorial landscape, abstract figures to cultural scenes. In the capacity of a photojournalist, he recorded many important political and social events on the spot, including the Taiwan Provincial Sports Games and the launching ceremony of a branch line of Taiwan Railways. Those pictures possess documentary value to mark the development of history. His photojournalistic aptitude for catching the “decisive moment,” as well as his creative viewpoints on images cultivated by his career in advertisement business, fused in his late years to nurture his artistic productivity, allowing him to diversify his style. Resplendent in details, his subject matter is framed in a visually compelling composition. His unbound and rich vision is embodied in engrossing works that represent vast natural landscape, foreign cultures, poetic still life and so on. 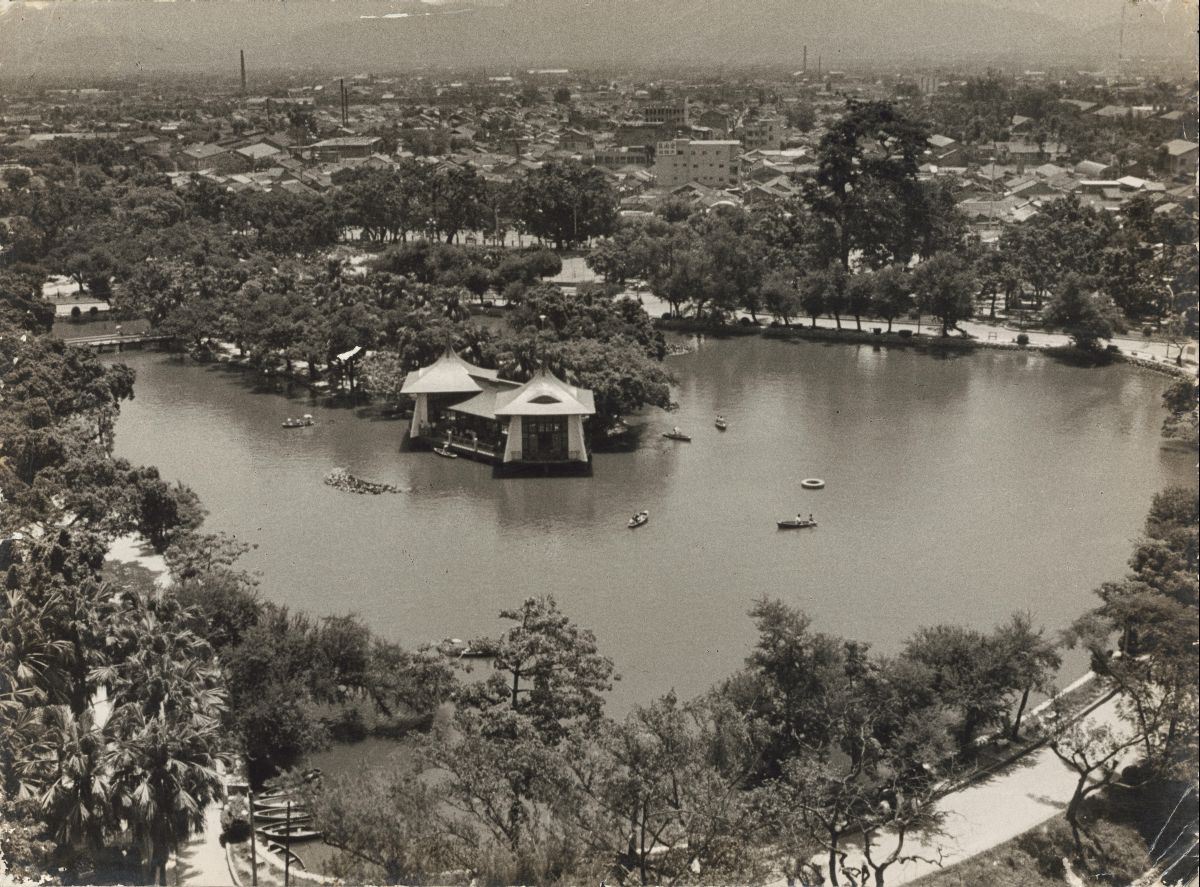 Lin Chuan-tsu (1922-1977) was born in Taichung where the famous “Lin Photo Studio” (Lin Shashin-kan) was founded during the Japanese colonial period by his father Lin Tsao, who was also one of the precursors to establish photo studios. Lin thus had grown up in the realm of photography. Lin was enthusiastic in studying photographic techniques. He learned English by himself to become familiar with the international trends and techniques of photography. In the late 1940s, he introduced materials and equipment from abroad to experiment with developing process of color photography. With works in simple and elegant color tone, he became a pioneer of color photography in Taiwan.

The 1950s was the peak of Lin Chuan-tsu’s photographic creation. In addition to taking over the photo studio of his family in 1951 and renamed it “Lin Photo Studio” (Lin Zhaoxiang Guan), he also served as a photojournalist for Central Daily News and Minsheng Daily, and travelled all over Taiwan to capture local landscapes and the traces of the times. During this period, Lin Chuan-tsu also founded the Taichung Photographic Research Association (later renamed as the Photographic Society of Taichung). He dedicated himself to the development of photography in Taichung, attended to his living environment, and profoundly recorded the traces of social changes in Taiwan and the lives of ordinary people with a simple and gentle style.

The themes of Lin’s photographic works are rich and diverse, such as beautiful images capturing the elegance of egrets, humanistic documentaries portraying the life of the indigenous, photojournalistic works recording social events, realistic photographs presenting rural landscapes, and color photographs refl­ecting the lives of ordinary people of the time. He bequeathed more than 10,000 photographic works to later generations, which became precious historical documents of Taiwan’s rural scenery, social condition and local culture from the 1950s to 1970s, and reflected the aesthetic foundation of his visual creation.

Photography is the vehicle for lights and shadows. It is also a unique form of art that materializes flickers of an age on paper. Spurred by its graphic nature, it seizes decisive moments in a twinkling, while allowing for the expression of individual point of view. Through the opening and closing of the photographer's shutter, defining images of an age are taken down. Imbued with meaning, these images cross the past and the present and constitute a rich vein of influences over the future.

In this exhibition, the works of Lee, Chin, and Lin are carefully selected from the collection of the NCPI and accompanied by archival images. Lee Ming-tiao's works feature post-war suburbs of Taipei, Tamsui River, and the bridges in Taipei. Photos of human figures Lee took during the relatively conservative 1950s are also on display. His manipulation of lights endows the female body with the visual appeal of classical paintings. Dennis K. Chin's early works of photojournalism testify to important moments of Taiwanese history.

After retirement, he travelled widely and took fascinating pictures around the world. The unique composition and robust colors in Chin's works demonstrate the photographer's aptitude to capture scenes and his creative energy. Lin Chuan-tsu's visual sensitivity is inscribed in the riveting works of everyday life in Taichung. Lin has also taken pictures of indigenous people during his numerous visits to their tribes. The series not only offers a way to know more about indigenous cultures for Taiwanese people but also serves as a precious visual archive. In addition, Lin's pictures of rural scenery experiment with techniques in color photography, characterizing his stature as one of the pioneers in color photo printing in Taiwan. This memorial exhibition not only exhibits the physical works of Lee, Chin, and Lin, in-depth explanations of their works are also available on the website of the NCPI, making it easier for all aficionados of photography to find out more about the artistic visions and the historical context of Lee, Chin, and Lin. rough seeing the show in person and online, we hope to bring our audience closer to these enthusiastic creative lives and their enduring influence over Taiwanese photography.

Dennis K. Chin: Pictorial Landscape
When Chin was living and travelling abroad, his camera took in ...

Dennis K. Chin: The Beauty of Space and Lines
Distilling visual elements such as color, chiaroscuro, and lines from ...

Lee Ming-tiao: Waterfront Scenery
After the war, Lee settled in Taipei and opened the Chung-Mei ...

Lee Ming-tiao: Rural Silhouettes
Through unique compositions capturing the scenes of the streets in ...

Lin Chuan-tsu: Indigenous Figures
In the 1950s, apart from Taichungs rural scenes and changes of the ...

Lin Chuan-tsu: Documentary of Times
Lin had a close connection with photography. In addition to taking ...