On January 29, 1968 (Chinese New Year’s Eve), travelers waited for buses at the bus stop opposite to the building.
Source: Central News Agency 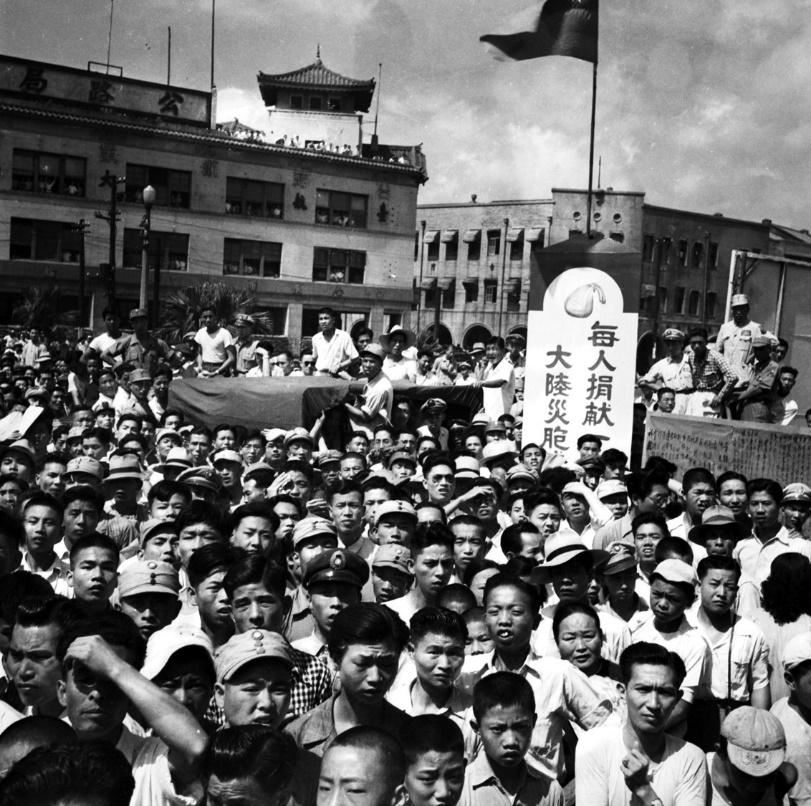 On May 25, 1950, a huge crowd gathered in front of the building for a parade regarding donations to people in China
Source: Central News Agency 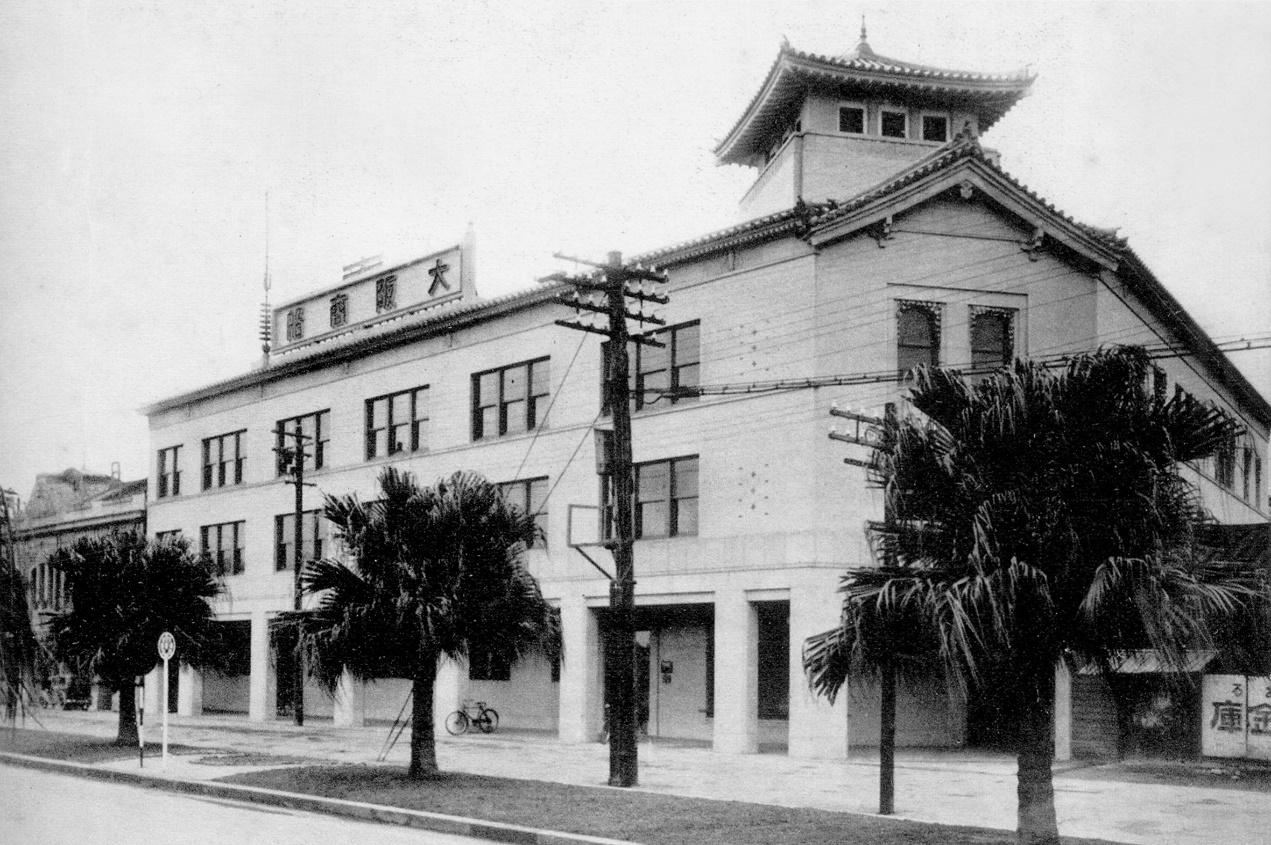 Photo of the building upon its completion
Years / 1938

Trans-Communication : From Osaka Shosen Kaisha to National Center of Photography and Images

The building that is now the National Center of Photography and Images, Taipei, was once the Osaka Shosen Kaisha (Osaka Mercantile Co., Ltd.) Taipei Branch constructed in 1937. Designed by Japanese architect Setsu Watanabe, it was one of the last reinforced concrete buildings in Taiwan during World War II (1937~1945). Its Asian Renaissance Style, a mixture of the Japanese and Western elements, corresponded to Japan’s Asia Revival policy at that time. It featured terse façades adorned with Japanese flavored details, and a lookout tower of Oriental form. After the war, the Taiwan Navigation Co., Ltd. and the Taiwan Provincial Highway Bureau (today’s Directorate General of Highways, MOTC) had been using the building as their offices. Thus this building contains the recent history of architecture as well as the development of transportation in Taiwan.

In May 2014, the 3-story building and its basement dating from 1937 was designated by the Department of Cultural Affairs, Taipei City Government as a municipal historical heritage. In July of the same year, the Ministry of Culture decided to reuse this building for the National Center of Photography and Images after its restoration, a mission assigned to the Bureau of Cultural Heritage. The interior design was under the charge of the National Taiwan Museum and the National Taiwan Museum of Fine Arts (NTMoFA). Currently, the National Center of Photography and Images is operated and managed by the NTMoFA, and provides an indispensable platform for the presentation, research, preservation and international exchange of photography and image-based arts.

The title of this exhibition “Trans-Communication” mirrors the historical traces of different tenants that have been contained in this building over the years. The changes of its functions did not discontinue its crucial role in transit, exchange and communication. During its time as the Osaka Shosen Kaisha, it was at the helm of Taiwan’s short sea shipping network. During its time as the Taiwan Navigation Co., Ltd. and the Taiwan Provincial Highway Bureau, it was where the major decisions for Taiwan’s shipping, highway construction, and bus route networking were made. The restoration of this historical heritage reinstated its past splendor, and its reuse as the National Center of Photography and Images, Taipei, transforms its function into an institute for the preservation, development and transnational exchange of Taiwan’s photography and image-based arts. The space has been given a new life and will be serving as a museum with rich humanistic treasures. With literature, documents, photos and architectural remnants among other historical objects, this exhibition unfolds the building’s more than eighty years of life during its phases as the Osaka Shosen Kaisha, the Taiwan Navigation Co., Ltd., the Highway Bureau and the National Center of Photography and Images. It is a retrospect of the footprints that have ever been left here, as well as the fascinating process of the restoration of the historical heritage.

Fundraising Parade for the Relief Donations to People in ChinaDennis K. Chin1950

Photo of the building upon its completion1938

Fundraising Parade for the Relief Donations to People in ChinaDennis K. Chin1950

Photo of the building upon its completion1938